Section 530, which entitles the accused to a trial in the official language(s) of their choice when faced with criminal charges, was interpreted for the first time in R v Beaulac by the Supreme Court of Canada. This landmark case established that language rights should be subject to a broad interpretation, and so provincial tribunals have a legal obligation to be institutionally bilingual, even in a minority context. In addition, the right to a trial in the chosen language is granted when the accused has a “sufficient” attachment to the language (paragraph 34).

As for the application of s 530 in Alberta, R v Vaillancourt reaffirms the Beaulac principles and adds that judges must play an active role in protecting an accused’s language rights by informing the accused of their right to a trial in the official language of their choice. It was decided that the time required to organize a trial in French would not constitute of an exceptional circumstance as described in R v Jordan.

Two years have passed since the publication of the Vaillancourt decision. How has the Alberta justice system adapted to ensure this never happens again? 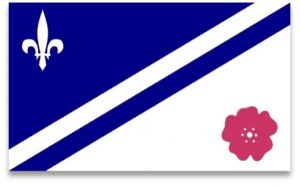 According to the 2016 Census, more than 268,000 Albertans speak French (6.7% of Alberta’s population) representing a 12% increase compared to the 2011 Census. Alberta has the third largest francophone community living in a minority context in Canada after New Brunswick and Ontario.

Under the leadership of Chief Justice Mary T. Moreau, the Court of Queen’s Bench of Alberta published a bilingual order to inform the legal community of new procedures such as written notices, signage and oral questions, to confirm that the accused accepts or waves their right to choose the language of the trial.

The same court also took measures to ensure its institutional bilingualism by adding a webpage with French resources, creating a steering committee, hosting meetings for bilingual Bar members and assigning a Counsel for French and Interpreter Services. Presently, 38 judges are taking French classes and seven judges are now able to hear French cases in Alberta.

The Provincial Court of Alberta’s website contains information about trials in French, which is being updated, including development of a form similar to the one created for use in Court of Queen’s Bench.

There is still much to be done in terms of access to justice in French in Alberta, but the initiatives taken by both Courts to advance the cause are admirable and provide hope that the Albertan justice system can better serve its French-speaking population.