The Legal Education Society of Alberta’s 2011/2012 Educational Calendar contains fresh and exciting program opportunities across a broad spectrum of practice and skill areas. Use it to plan your continuing professional development opportunities for the upcoming year.

Highlights of this year will include our Basic Collaborative Law program in Red Deer, as well as our two-day Law and Practice Update conference in Edmonton. Whether you are interested in issues involved in the purchase or sale of a business, the latest criminal law topics, common chambers’ applications, or advising charities, LESA has programming to fit your needs.

Gather this spring in Lake Louise for the 45th Annual Refresher Course–Real Estate. The focus this year will be the ever-challenging area of real estate. Let this year’s Refresher be your key to a successful real estate practice.

Follow us on Facebook and Twitter to stay on top of the latest developments at LESA. Subscribe to our email updates to be aware of additional programs and special offers in your practice areas.

Registration has never been easier with the launch of LESA’s new website earlier this year. With improved navigation and enhanced search capabilities, you are only a few clicks away from finding the live event or resource that you need. Be sure to register early to take advantage of our early bird discounts and to reserve your place in our sell-out programs.

As your lifelong partner in continuing legal excellence, we look forward to working with you in the upcoming educational year! 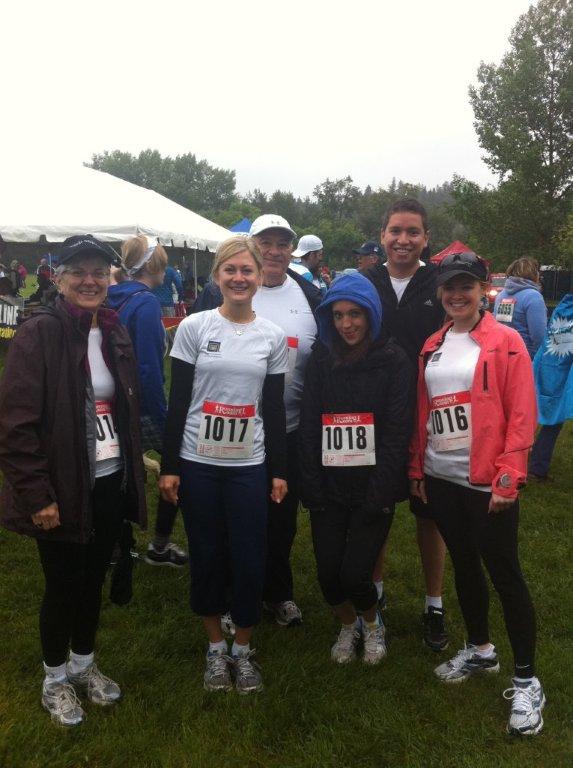 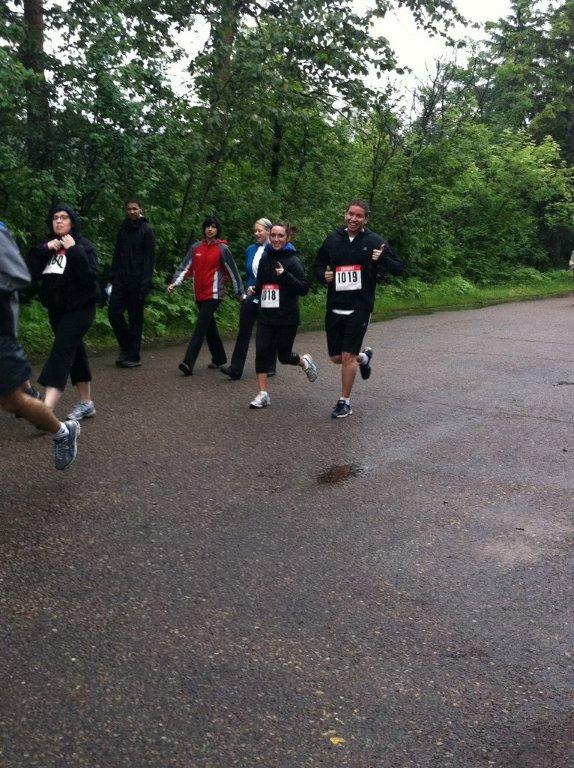 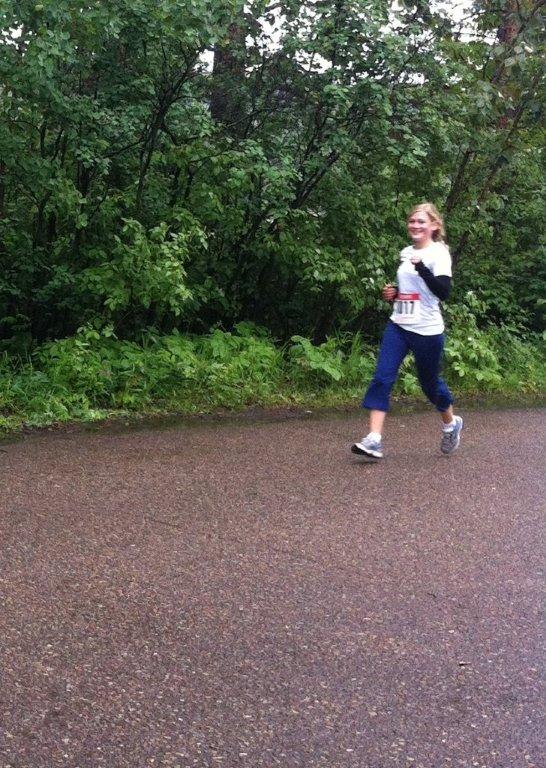 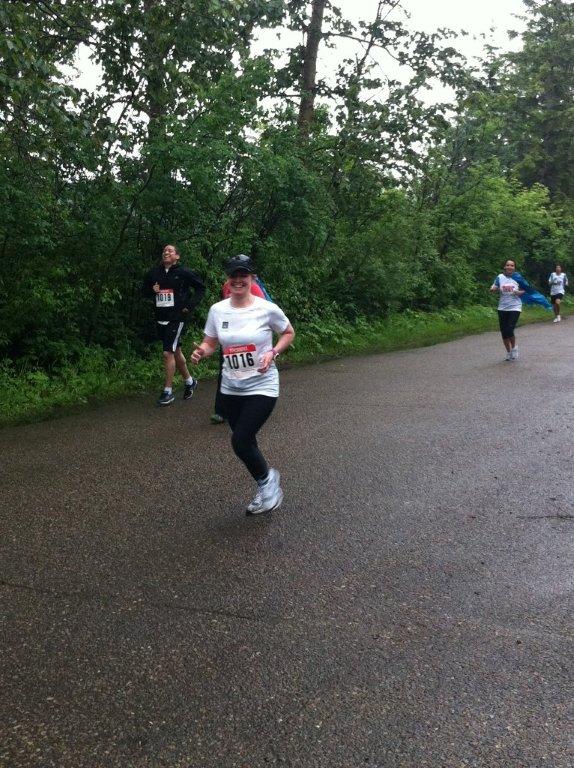 Surpassing our fundraising goal twice, 6 members of the LESA family took part in the Father’s Day Walk/Run for Prostate Cancer yesterday morning. Despite the rain, we were all smiles! See you at the CIBC Run for the Cure in October for round two!

Hilary Tanasichuk, co-founder and owner of The Law House in Sherwood Park operates a general solicitor’s practice with emphasis on Wills & Estates, Small Business Law, and Real Estate Transactions.  Hilary started her career as a registered nurse, caring for cancer patients for almost 10 years before obtaining her LL.B. from the University of Alberta in 1989.  Additionally, she has taken the Certificate Program in Conflict Management and is a mediator for estate disputes.

Hilary has been a loyal LESA volunteer instructor since 1993 and has taught the Bar Admission Course and CPLED in a variety of course areas including real estate transactions, trust accounting, wills, and interviewing and client counseling.  Never one to shy away from different practice opportunities, in the past she has acted  as a prosecutor for other self-governing professions in professional conduct & discipline hearings, served as a sessional lecturer at the University of Alberta, conducted investigations under the Protection for Persons in Care Act; all while maintaining a busy solicitors practice. She is a member of the Canadian Bar Association and the Alberta Branch subsections.  She believes lawyers are uniquely qualified to give back to the community in a variety of ways and freely gives back to LESA.  “The students always invigorate me and keep me on my toes”, she says “I love it when I witness a student grasping a new or difficult concept for the first time.”

Her advice to newly called lawyers is to gain experience in as many practice areas as possible in the first few years of practice.  She encourages young lawyers to consider practice in a smaller center too – the files are interesting, the work is challenging and the lifestyle rewarding.

For all that you do for the legal profession, we thank you Hilary! 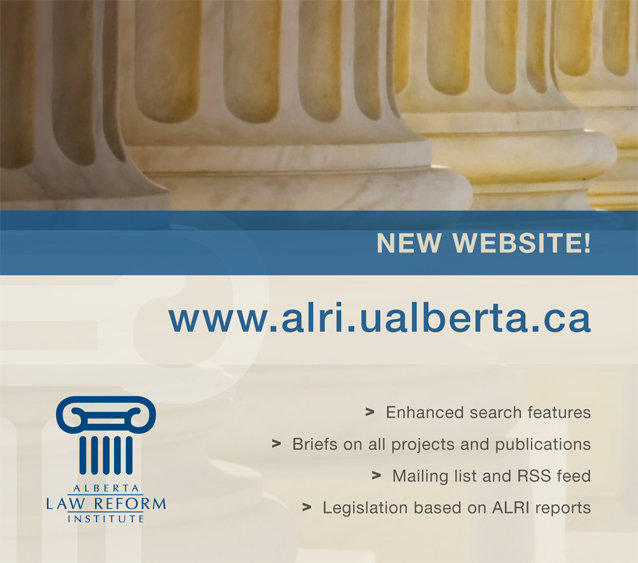 The Alberta Law Reform Institute invites you to try out (and bookmark) their new website.  It has a new look, new address and best of all new features.

Our Mailing List
Receive notices of their new publications or any other significant activities. Be assured that this will not create a flood of messages in your inbox, but simply an occasional update from ALRI. To join, simply click on the mail list link near the top of our new website home page or contact us at [email protected].

The Feedback Form
A quick method to comment on their work or provide your suggestions.  You can find this option under the Your Views tab on the new website.

An RSS Feed
A new method to receive notices of any updates made to our website, sent to your preferred RSS feed.

With InMaps from LinkedIn, you can see and interact with a visual map of your connections around the globe. Watch this short video for all the details!

The Legal Education Society of Alberta is excited to announce that we will be presented with the “ACLEA’s Best” Award for Professional Excellence for our Rules of Court programming. The award will be presented at the Annual Meeting in Boston this summer.

This award is of the highest honour, and we are proud to note that this is not only our 6th ACLEA award, but that we have now won an “ACLEA’s Best” award two years in a row.

We provide continuing legal excellence to our partners in the legal community, and recognition such as this reaffirms the work that we do. For more information on our organization, please check out our website.

Congratulations to the Honourable A. Anne McLellan, P.C., O.C. of Edmonton, Alberta who is now an Officer of the Order of Canada.

Anne McLellan is a respected scholar and policy maker. She has held senior federal cabinet positions in the areas of justice, natural resources, health and public safety. She served as the first federal minister of Canada Public Safety, Security and Emergency Preparedness. As minister of health, she oversaw the creation of the Canadian Patient Safety Institute and the Health Council of Canada. She is currently the distinguished scholar-in-residence at the Institute for United States Policy Studies at the University of Alberta. She also volunteers with and serves on the boards of numerous organizations such as the Royal Alexander Hospital Foundation and the Friends of the Legal Resource Centre of Alberta. 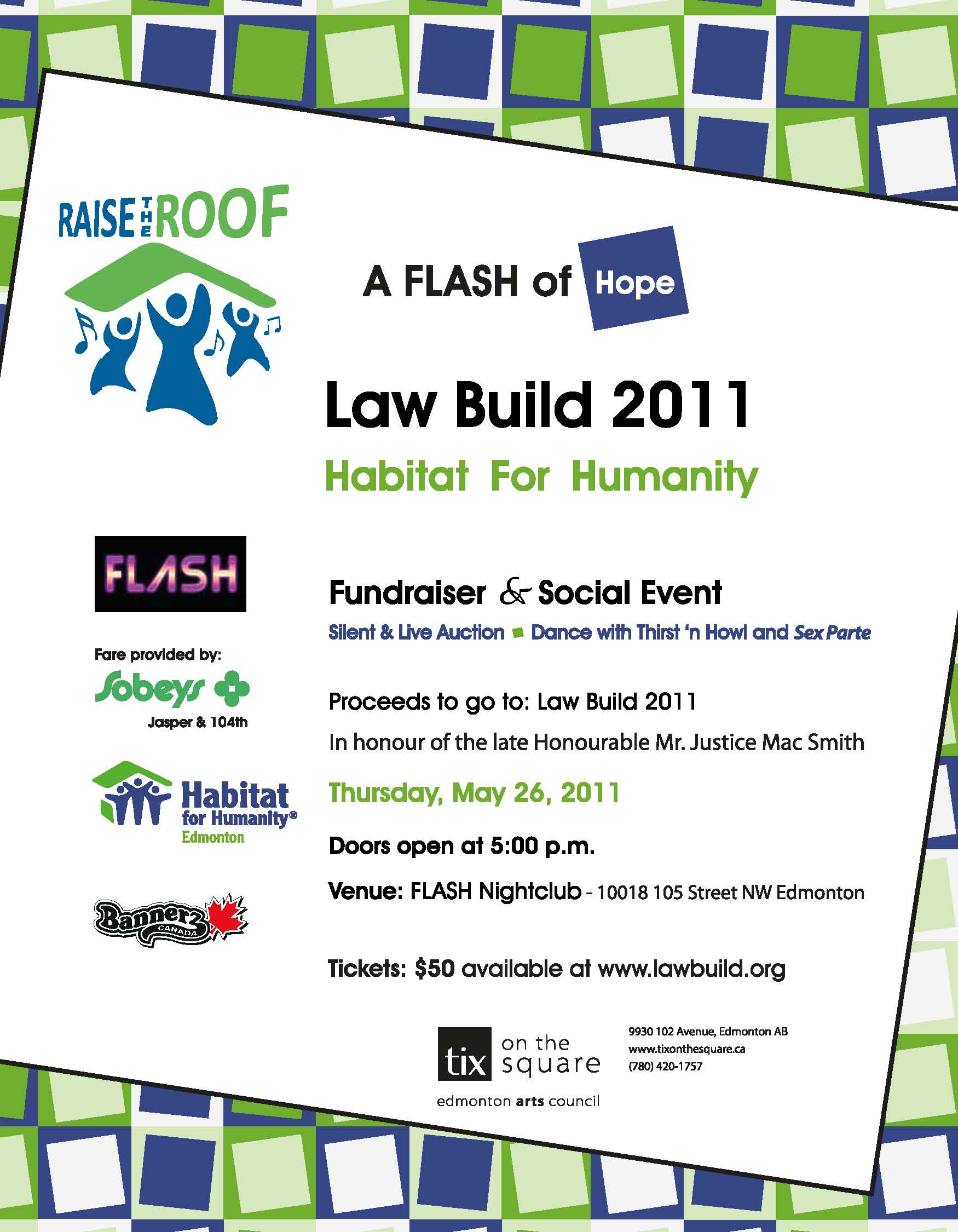 Looking for a night out this Thursday? Attend the Habitat for Humanity fundraiser and social event with proceeds going to Law Build 2011. The event takes place this Thursday, May 26th with doors opening at 5:00 PM. The event is in honour of the late Honourable Mr. Justice Mac Smith, with tickets available for $50 each at Tix on the Square. 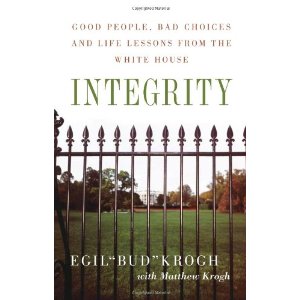 As many of you are well aware of, and perhaps took part in, our 44th Annual Refresher course in Wills & Estates recently took place in Lake Louise. The overall program was a great success, and was made even better by our keynote speaker Egil “Bud” Krogh.

As one registrant said, “Mr. Krogh was by far the best keynote speaker ever at any legal conference I have attended in 30 years.  His presentation is the best way to teach the concept of Ethics”.

Bud joined the Center for the Study of the Presidency and Congress in January 2009 as a Senior Fellow on Leadership, Ethics, and Integrity, a year after speaking at the Center’s National Consortium for Character-Based Leadership. Over the last 5+ years, Bud has focused on spreading the message of integrity-based decision making through youth, corporate, public service, and legal education. In 2007, Public Affairs Press published his book INTEGRITY: Good People, Bad Choices, and Life Lessons from the White House.

Bud’s work in integrity is rooted in his experiences at the highest levels of decision-making. After a tour with the Navy during the Vietnam War followed by graduation from law school (where he was an editor at the University of Washington Law Review), Bud joined John Ehrlichman’s staff as Assistant to the Counsel to the President at the beginning of Richard Nixon’s first term. During his time on the White House staff, Bud’s responsibilities included District of Columbia governmental affairs, work with the early Special Investigations Unit (eventually known as the “Plumbers”), law enforcement, narcotics control policy, and transportation policy.

As co-director of the White House “Plumbers,” Bud approved a covert operation as part of a national security investigation into the leak of the Top Secret Pentagon Papers to the New York Times. He later pleaded guilty to conspiracy and served four and a half months in prison. Bud has had 35 years to reflect on the lessons learned from his experience in the White House and their relevance to more recent political and business scandals. Some of his conclusions have resulted in The Integrity Zone®, a decision-making model intended to help people make choices based on integrity in their professional and personal lives.

His popular book INTEGRITY: Good People, Bad Choices, and Life Lessons from the White House was made available for purchase to our on-site registrants at the Refresher course. Every single book sold. If you would like to get your hands on a copy, visit the Amazon store to order. You will not be disappointed! Mark your calendars for June 3rd, 2011 and attend the Round Table on Justice with guest speaker The Honourable Associate Chief Judge Michel Chartier. The event will take place from 8:00 AM–3:00 PM and will be followed by the Annual General Meeting as well as a wine and cheese reception at La Cité francophone in Edmonton.